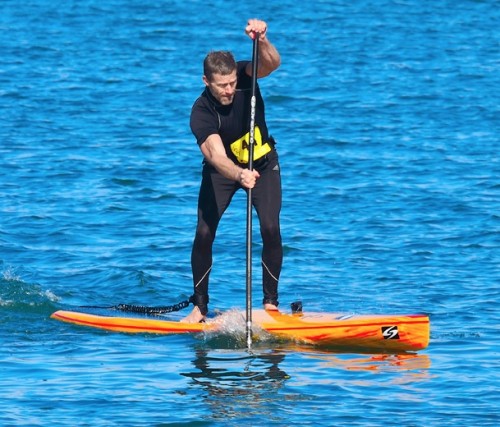 North Carolina Surf to Sound Challenge, a Series Event sanctioned by the World Paddle Association, attracts standup paddlers from Canada and the United States to one of the World’s Best Surf Towns according to National Geographic.

“We are excited about Surf to Sound Challenge and the Paddle Surf Championship coming up because of the perfect paddling weather Wrightsville Beach has this time of year,” says Jarrod Covington, race director. With mid-November winds expected from the NE to NW, the ocean swells provide the biggest challenge for elite paddlers like Covington, of Wrightsville SUP, who finished second to Larry Cain in last year’s Surf to Sound Challenge. He says Cain, with two consecutive victories, is the man to beat.

Cain, an Olympic Gold Medalist and member of Canada’s Sports Hall of Fame is renown in standup paddling for his flatwater speed and endurance. Cain says Wrightsville Beach presents a variety of conditions in every race, including a beach start, ocean downwind, inlet and flatwater.

“The most challenging part is the beach start, followed by the ocean leg,” says Cain, who plans to increase his ocean racing in the coming year. Cain has honed his ocean paddling skills over the past few years in the surf around Wrightsville Beach. “I’ve made a lot of friends there and it is fun to return and reconnect with them. The Blockade Runner is a cool hotel to stay at and Tower 7 has the best tuna burritos I’ve ever had,” Cain says.

“The North Carolina Surf to Sound is one of my favorite events because it’s an opportunity to paddle just before we all turn to wetsuits and booties,” says John Beausang of DistressedMullet.com, a leading, international paddleboard site. “Typically, the oceanside race is challenging for the elite…it’s a balance between finding a board that’s stable enough to manage the shore break and jetty maelstrom, but narrow enough to fly in flat water.”

In addition to the 6.5-mile elite ocean course, an intermediate 4-mile harbor loop will start and finish in Banks Channel. Beausang, also co-chair and organizer of the Carolina Cup, says the intermediate race provides “more calm sound side conditions for flatwater and beginner paddlers.” Both races offer a prone division, taking SUP back to its roots, Covington says, “Man and board.” A free Kid’s Race will be featured for ages 12 and younger.

Following Saturday races, the East Coast Paddle Surf Championship will launch on Sunday, Nov. 17, under the guidance of Covington and the Wrightsville Beach Longboard Association. Covington, named All Waterman for 2013, says the course will challenge strength and endurance with skill and technique. Jo Pickett, recently appointed women’s coach for the 2014 Eastern Surfing Association All-Star Team, will assist with judging for the East Coast Paddle Surf Championship.

Surf to Sound cash prizes will be awarded for the top three Elite Men and Elite Women finishers, in addition to merchandise prizes for all races. Spectators and paddlers should come prepared to shop at the Surf to Sound Expo on Saturday and Sunday, noon – 6 p.m. Vendor tents will showcase new boards, hand-shaped paddles, original artwork, and a variety of watersports gear. Clinics by leading SUP experts like Larry Cain and Dan Gavere are in the works for intermediate and elite racers

Proceeds benefit Friends of the Reserve (FOR) Masonboro Island 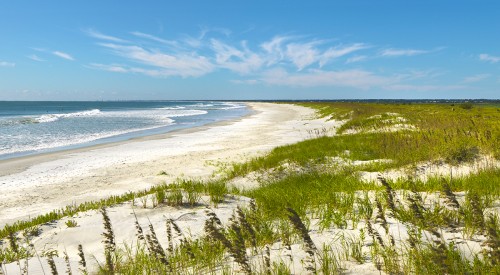