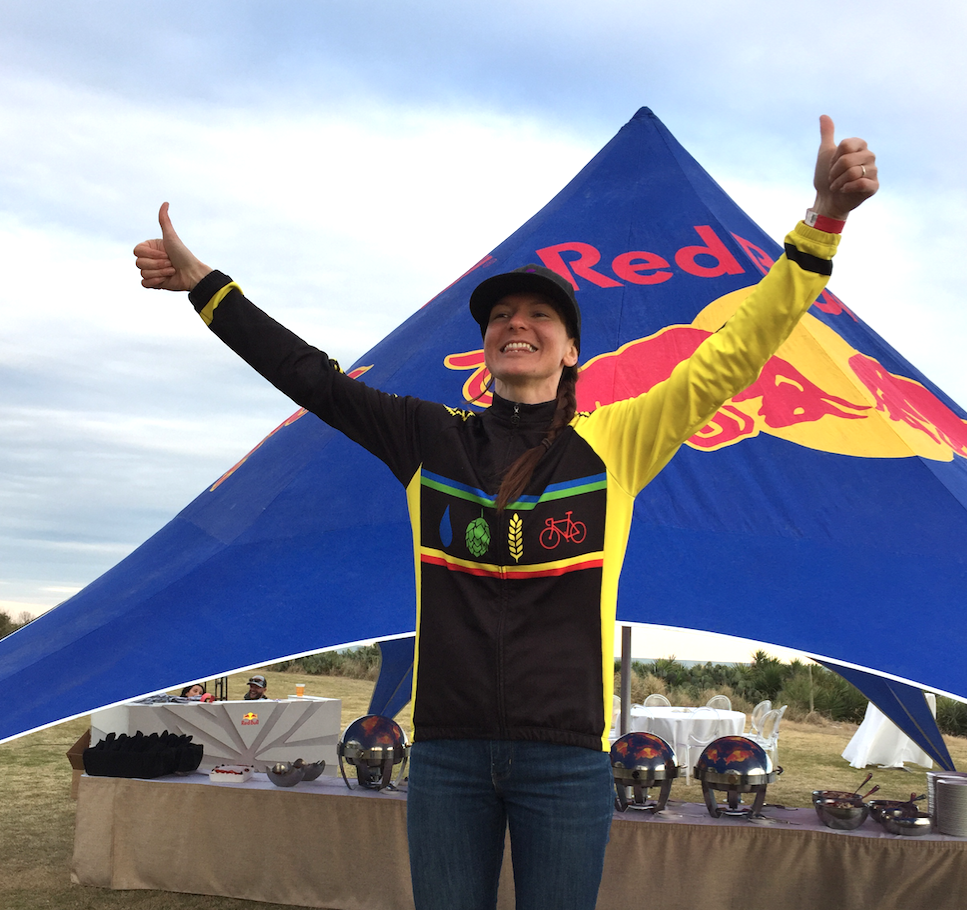 “Fat bike beach racing in the one-mile oval format is an exciting sport for both athletes and spectators,” said Shawn Spencer, race chairman. “The number of entries, the fitness level of the athletes, and the crowd size on the beach has improved every year. In 2017, racers from seven states participated.”

The 4th annual US Open Fat Bike Beach Championship will be held March 16-18, 2018, in Wrightsville Beach, with activities and races based at host hotel Blockade Runner Beach Resort. There is no admission charge for spectators.

“Fat bike racing, especially in the elite division, requires incredible conditioning and stamina,” said Spencer. “We’re seeing CrossFit and triathletes use fat bikes as an alternative method to stay in shape. Pedaling for miles on a fat bike in soft sand at the beach is exuberantly painful.”

The women’s elite division will be an exciting rematch from 2017. Mountain-biker Zdenka “Zoe” Cahojova-Worsham of the Crank Arm Brewing Team in Raleigh will defend her hard-earned 24-mile championship against a very determined Philicia Marion from Mount Airy, NC. “My goal is to win the elite women’s division in 2018,” said runner-up Marion, member of the Carpe Diem Professional Race Team. 2016 champion Jesse Piersol from Downington, PA could be another contender for the women’s title.

The competition will be equally fierce in the men’s division with a deep lineup of elite bikers all able to seize the day. Possible contenders include 2015 champion Ben Brown of Wilmington, NC; 2016 champ Robert “Fear the Beard” Marion of Mount Airy, currently recovering from a bike injury; and 2017 winner Andrew Bailey of Piney Flats, TN. 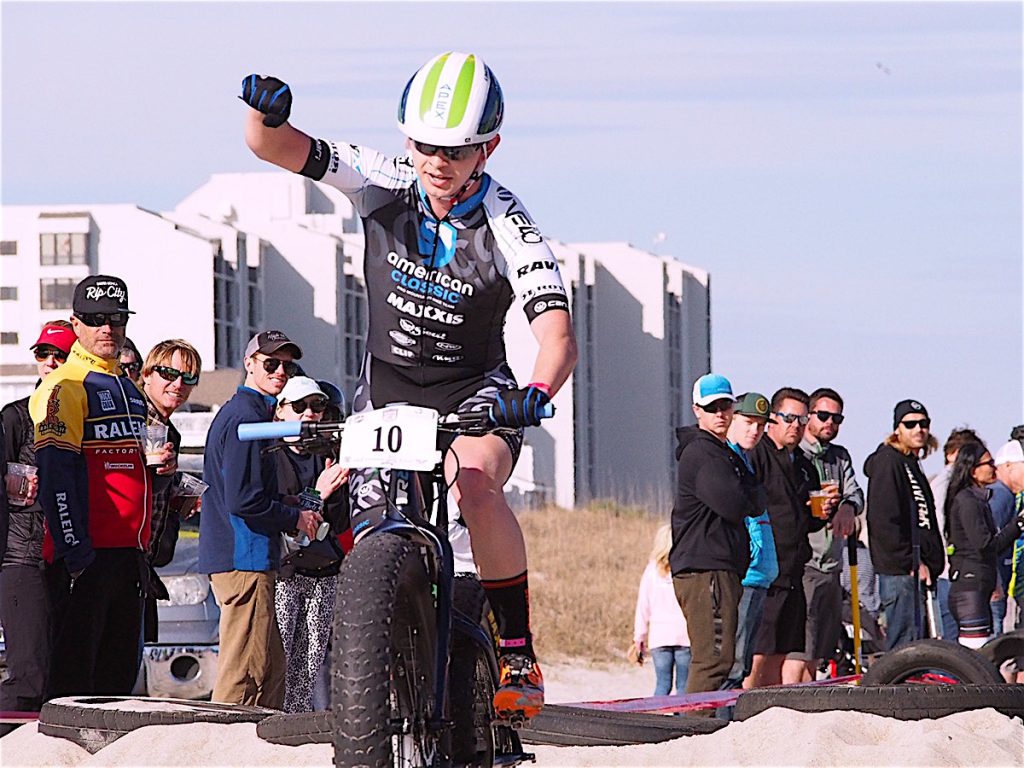 The 2018 format is changing from a specified distance to timed events. The 8-mile race becomes a one-hour event; the 16-mile changes to a one-hour and thirty-minute contest; and the elite 24-mile race converts to a two-hour competition. Race slots will be awarded to the first 100 online registrations.

“Many popular obstacles from last year including the sandbag minefield, keg jumps, and snake pit will be on the course this year,” said Spencer. “Of course, we’ll have some fresh surprises to challenge the bikers.”

“To date, most bikers are signing up for Saturday’s two-hour race,” said Spencer. “Fat bike racing is looking more like an endurance sport.”

The 4th annual US Open Fat Bike Beach Championship will benefit the Wrightsville Beach Foundation, a nonprofit organization dedicated to improving public parks and amenities for residents and the island’s hundreds of thousands of visitors each year.