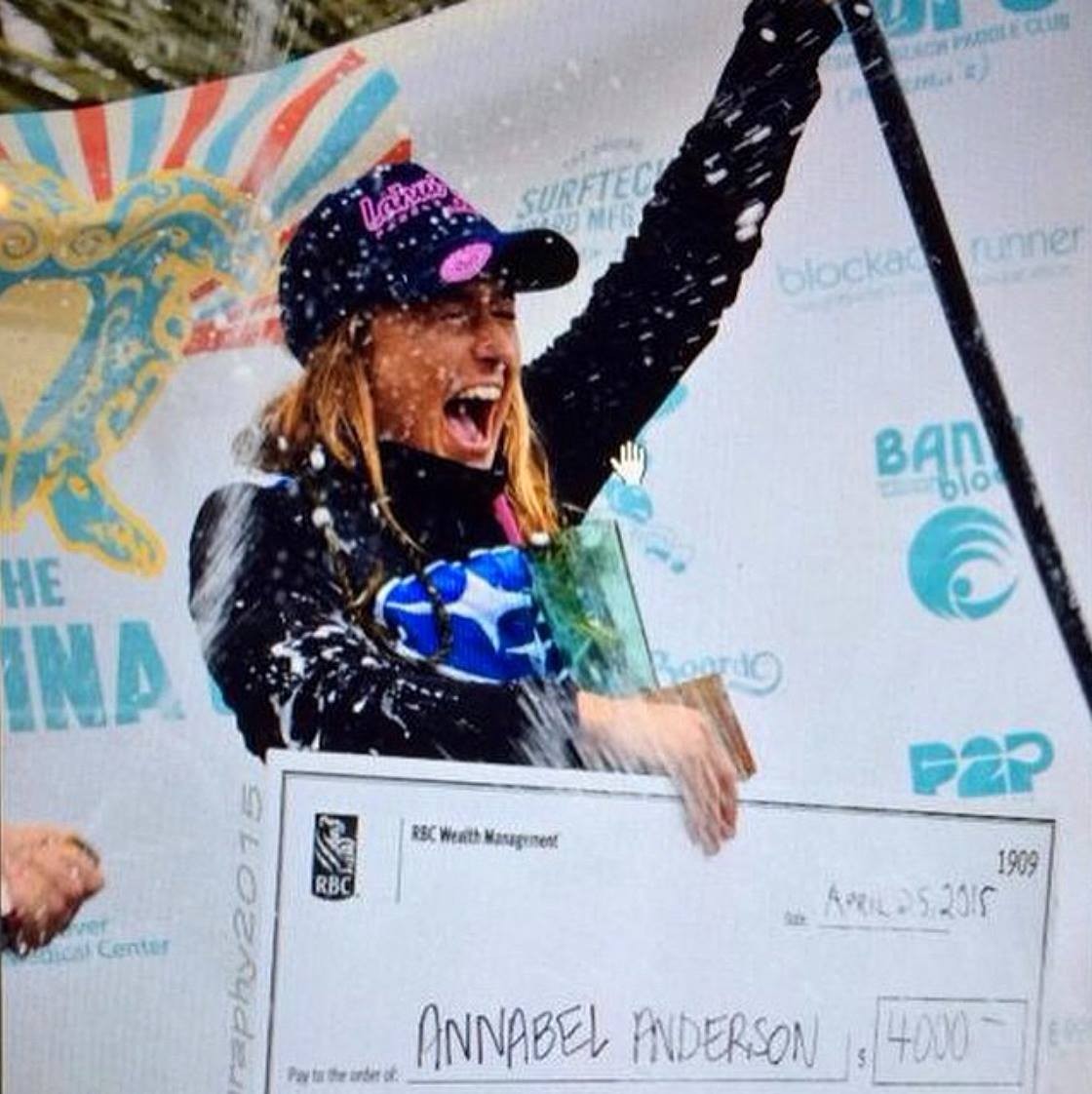 WRIGHTSVILLE BEACH, NORTH CAROLINA, USA – “Yes, I can confirm that I will be back in Wrightsville Beach to have another crack at the Carolina Cup,” said Annabel Anderson, three-time champion in the Cup’s elite and grueling 13.5-mile Graveyard Race and top woman in the world in standup paddleboard.

“Annabel Anderson is an extraordinary athlete,” said Australian Christopher Parker, paddleboard expert and race analyst with SUPRacer. “Not only does she usually win women’s races by a solid margin, she often beats most of the men … sometimes all of the men, as she famously did in France a few years ago.”

Last year Anderson beat fourth-ranked Sonni Honscheid of Germany for the top spot. Rounding out the top five were Angie Jackson and Terrene Black of Australia, and Lina Augaitis of Canada, world ranked at five, six, and seven.

The women’s elite competition this year will include second-ranked Candice Appleby of California, returning to the Carolina Cup for the first time since 2012. “Anderson and Appleby rarely meet,” said Parker. “It’s always a great battle when they’re on the same start line.”

“The Graveyard race is just plain tough,” said Anderson. “It throws a bit of everything at you and you never really know which way you’re going until just before the gun goes. I’ll approach it as I always have – take it as it comes and look forward to making it to the finish line.” 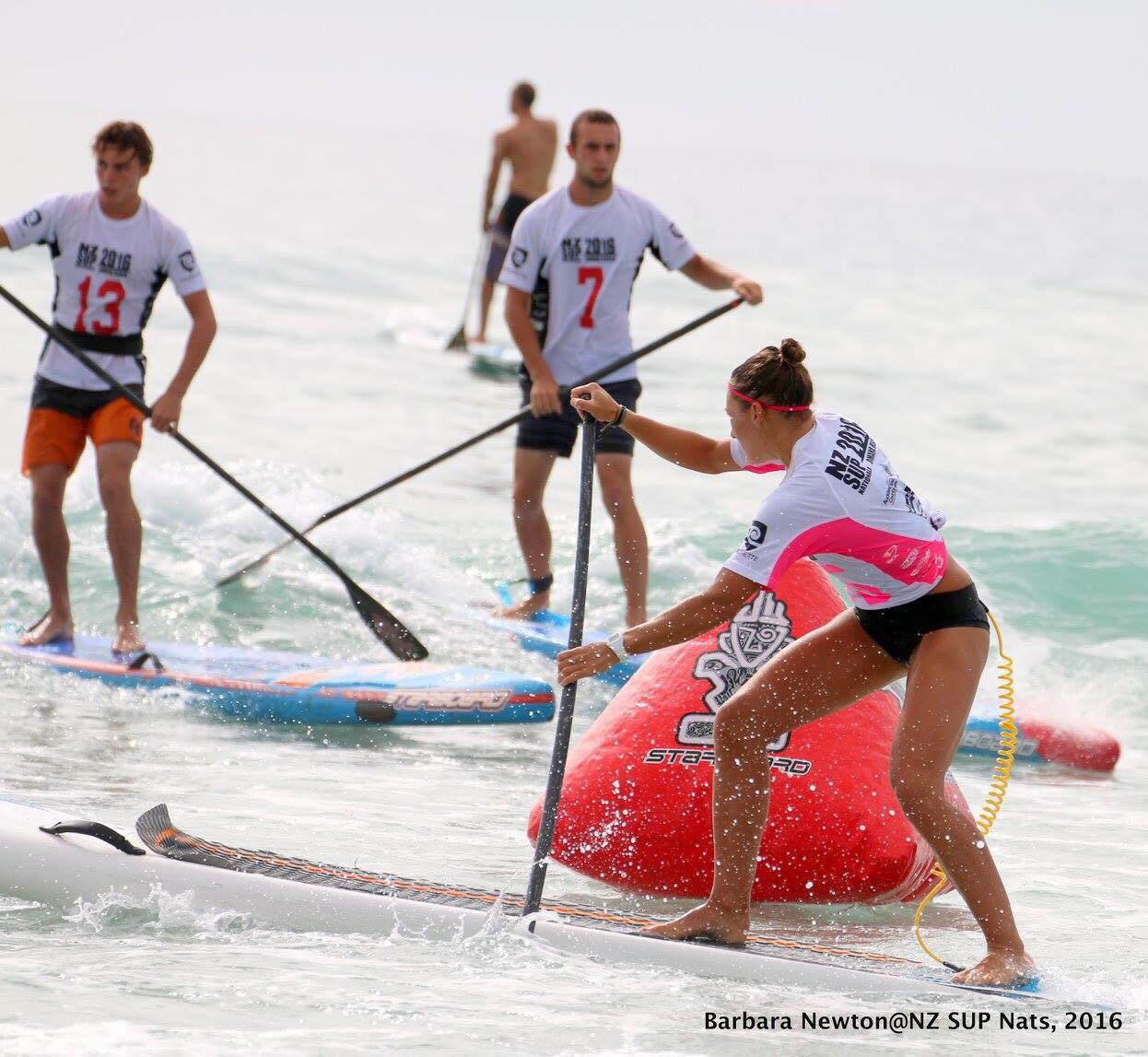 The public is invited to meet racers at a free movie showing of Standing On the Water, Thursday at 7:30 p.m. at Epic Food Company. The movie is the real life story of Denmark’s Casper Steinfath, who overcame his fear of the water and became a two-time ISA standup paddleboard world champion.

New on the Carolina Cup race schedule for 2016, the six-man Hawaiian outrigger canoes (OC-6) will take center stage and compete at noon on Sunday, April 24.

“We believe this is the first ever OC-6 race in Wrightsville Beach,” said Mark Schmidt, Carolina Cup race director. “This will be a chance for spectators to watch some of the biggest names in Hawaiian outrigger paddling.”

Outrigger designer Johnny Puakea, founder of Puakea Designs, will teach an outrigger clinic during the Carolina Cup giving paddlers the chance to learn from one of the top pros in the industry.

Other clinics and demonstrations scheduled throughout the five-day event will feature many of the top experts in the paddling world, including Larry Cain, Travis Grant, Lina Augaitis, Dan Gavere, Dr. Bob Arnot, Fiona Wylde, and Zane Schweitzer.

Race visitors will have the opportunity to try boards, canoes, and a variety of equipment at the Demo Zone. Sixty vendors will have the latest equipment, boards, and boats on display. Zone sponsor Carolina Paddleboard Company will feature a rare, unlimited, six-man outrigger canoe from Puakea Designs.

“The Carolina Cup has become famous for not only attracting the Travis Grants, Danny Chings, and Annabel Andersons of the world,” said Parker, “but also for drawing hundreds of weekend warriors and first-timers from near and far. Now in its 6th year, the Carolina Cup is not just a race, it’s a festival.”

Organizers expect over 1,000 registrations for races and clinics in 2016.

All races will be visible from host hotel Blockade Runner Beach Resort and the causeway bridges in Wrightsville Beach.

The West Marine Carolina Cup, presented by Surftech, is organized by the Wrightsville Beach Paddle Club and sanctioned by the World Paddle Association.

A portion of event proceeds benefits The Ocean of Hope, paddlers dedicated to people affected by cancer.

« Previous: Recognizing and Rewarding the Best Work of Life
Next: Frenchman and New Zealander Capture Elite Victories in 2016 Carolina Cup »