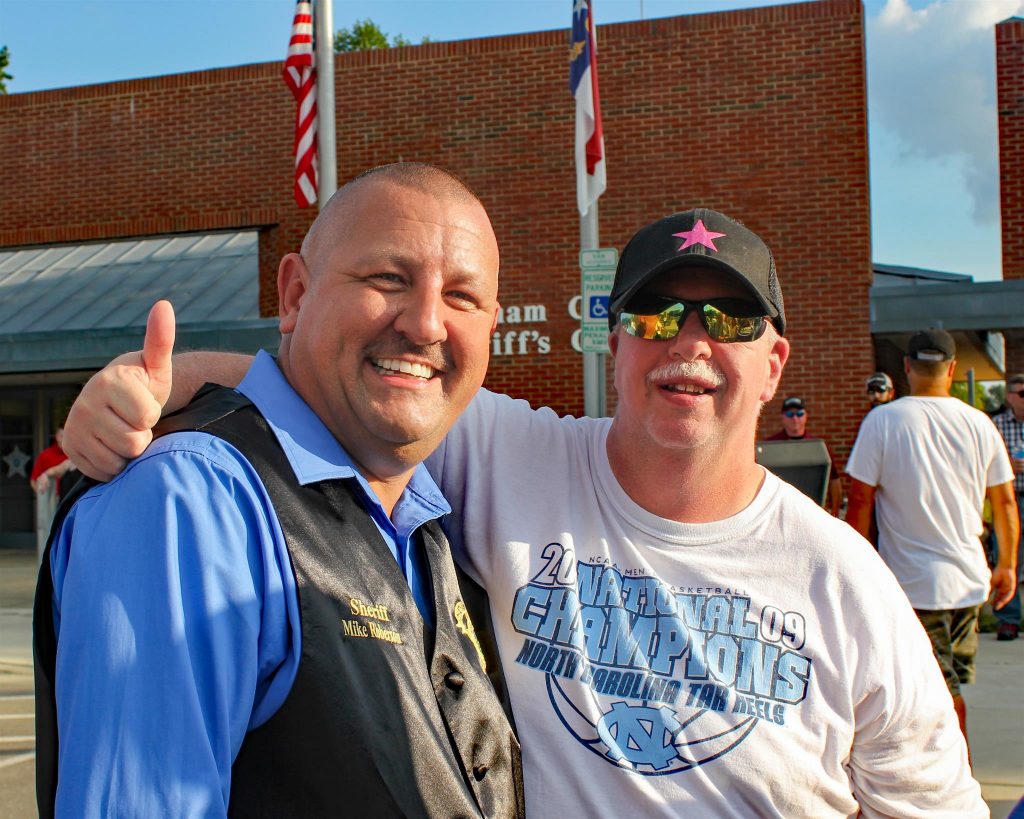 RALEIGH, NC – “Shannon is a friend of mine I grew up with in high school,” said Chatham County Sheriff Mike Roberson. “He has an intellectual disability and has meant a lot to me going through life.

“Shannon always has time for you. He always has an arm to hug you. He laughs at your bad jokes and likes the simple things. Shannon has taught me a lot of leadership lessons in life thinking about how much better the world would be if all of us were more like Shannon.

“I’m going Over the Edge in Raleigh for Shannon and people like Shannon. Once you see the enthusiasm they have in their hearts and the abilities they have, you can’t help but want to help them.”

Sheriff Roberson will step Over the Edge and rappel Raleigh’s 30-story Wells Fargo Capitol Center on Sat., Sept. 30, 2017. Up to 200 thrill-seekers have the opportunity to participate in this 8th annual event, a key fund-raiser for Special Olympics North Carolina. Registration is now open with prime-time slots selected by the quickest fundraisers. www.overtheedgenc.com

“I’ve rappelled about 50 to 75 feet before, but never a 30-story building. I don’t think it’s for the faint at heart,” said Sheriff Roberson. “If you don’t want sign up and do it, you can go online and support an individual or team, or even become a volunteer for Special Olympics.”

Sheriff Roberson is one of the thousands of law enforcement officers in North Carolina actively raising critical funds for Special Olympics programs including The Summer Games, The Fall Tournament, Polar Plunge, Truck Convoy for Special Olympics, The Plane Pull, Torch Run, and Over the Edge.

“I think if you’re service oriented or you have a servant’s heart, you want to help people,” said Sheriff Roberson. “I think that’s the reason most of them [law enforcement] get into Special Olympics, because of their heart.”

Roberson, appointed Sheriff in Chatham County in 2016, wants to get high school students involved in Special Olympics. “You build support and create positive peer pressure, then bullying will be pushed aside,” said Roberson.