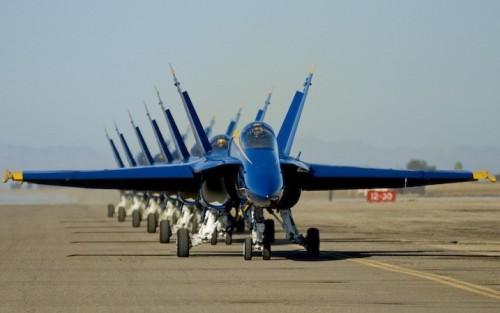 Enjoy the YouTube Preview of The 2013 Seymour Johnson Air Show!

By NCPressRelease.com, Robert B. Butler

SEYMOUR JOHNSON AIR FORCE BASE, N.C. – Colonel Jeannie Leavitt, Base Commander and first female fighter pilot in the U.S., extends a public invitation to attend the Wings Over Wayne Air Show at Seymour Johnson AFB in Goldsboro. The air show will salute our service men and women around the globe, past and present. Leavitt plans to pay tribute to Operation Homecoming on its 40th anniversary, when POWs in North Vietnam were released from captivity.

Major Steven Bofferding, Air Show Director and F-15E pilot commented, “This biennial exhibition has attracted an incredible array of aircraft and skilled pilots. Seymour Johnson will truly feature one of the world’s best Air Shows of 2013.” The last air show in 2011 drew over 175,000 visitors from across the country.

Seymour Johnson AFB is home to the 4th Fighter Wing, consisting of 7,000 people and 95 multi-role F-15E Strike Eagles. The 4th Fighter Wing, formerly commanded by Chuck Yeager, is one of the largest wings in the USAF, and has a highly decorated history spanning nearly seven decades.

Seymour Johnson asks you consider helping restock the Salvation Army Food pantry by bringing canned good donations. A collection point will be at the entrance. Over the weekend, dreams will come true for children in conjunction with the Make-A-Wish Foundation.