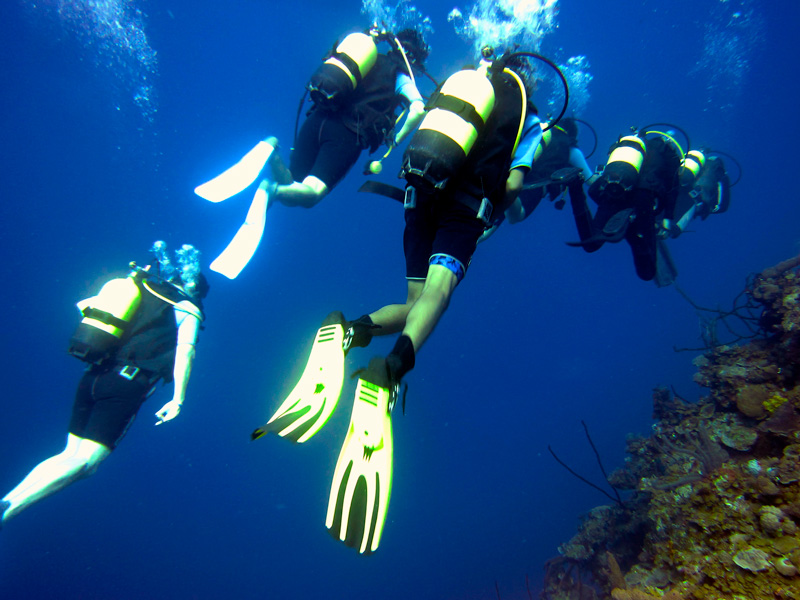 Looking into the abyss in Playa Girón (The Bay of Pigs), Cuba, courtesy Brad Butler

CARY, NORTH CAROLINA, USA – Inspired by Fabien Cousteau’s remarks in April 2015 at North Carolina State University, Scuba Club leadership at Cary Academy decided to go for the seemingly impossible and plan a diving and cultural expedition to Cuba. Cousteau, a grandson of the late Jacques Cousteau, stated that Cuba has some of the most beautiful dive sites in the world.

Almost a year after Cousteau’s appearance, eight students from Cary Academy’s Scuba Club returned from a 9-day cultural and educational spring break in Cuba (March 3-12, 2016). The students traveled over 1,200 kilometers visiting Havana, Playa Girón, Trinidad, Santa Clara, and a number of communities in the Cuban countryside.

In Playa Girón, the divers explored the reef system five times over a two-day period in the large body of water commonly known as “The Bay of Pigs.”

“I had no idea how healthy and beautiful the reef systems were in Cuba. The diving is up there with some of the most impressive reef diving on the planet,” said Brad Butler, PADI Course Director, and Scuba Club instructor. “As citizens of the United States, we just don’t see that information in our media and travel guides.”

“The reef system in Playa Girón starts in about 15 feet of water, and gradually slopes down to 40 to 50 feet. Then you see a sheer wall. It is absolutely incredible,” said Butler. “You can dive as deep as you safely want to and never see the bottom of that wall. The wall is covered with a wide variety of marine life. There are hard corals, soft corals, sponges, and all the fish that create the eco-system there, including lobster, moray eels, seahorses, even large grouper.”

Cary Academy sophomore, Chapman Fitzgerald agrees. “One thing I found fascinating was how the whole island is on a wall. The wall just comes out of nowhere, is incredibly deep, and you find yourself looking into a massive abyss.”

“This was an outstanding experience,” said Yenisel Solis, Spanish teacher at Cary Academy. “The Cuban students were amazed, extremely excited, and very happy. It was a dream for them to see American students walking into their school.”

“For Cary Academy, the group experienced what the life of students is like outside the US, specifically in Cuba, in a country that is behind,” said Solis. “While Cuba has excellent teachers, resources are very slim and facilities have deteriorated.”

Solis, a native of Cuba departed the country 20-years ago for the United States. “This trip is a dream of mine come true. Cuban students and American students, united in one place, in Cuba.”

The group flew in and out of Havana and spent a total of four nights in the city. Students explored sites in Havana including Plaza De Armas, Cathedral Square, the Museum of the Revolution, Revolution Square, the room in Hotel Ambos Mundos used as an office by Ernest Hemingway, historic and modern areas of Havana, the recently reopened US Embassy, and craft markets.

Arrival day ended with a panoramic tour of Havana in classic, pre-embargo American convertibles retrofitted with Russian diesel engines. “We were amazed at how the [classic] cars looked,” said 7th grader Saavan Yerramsetty. 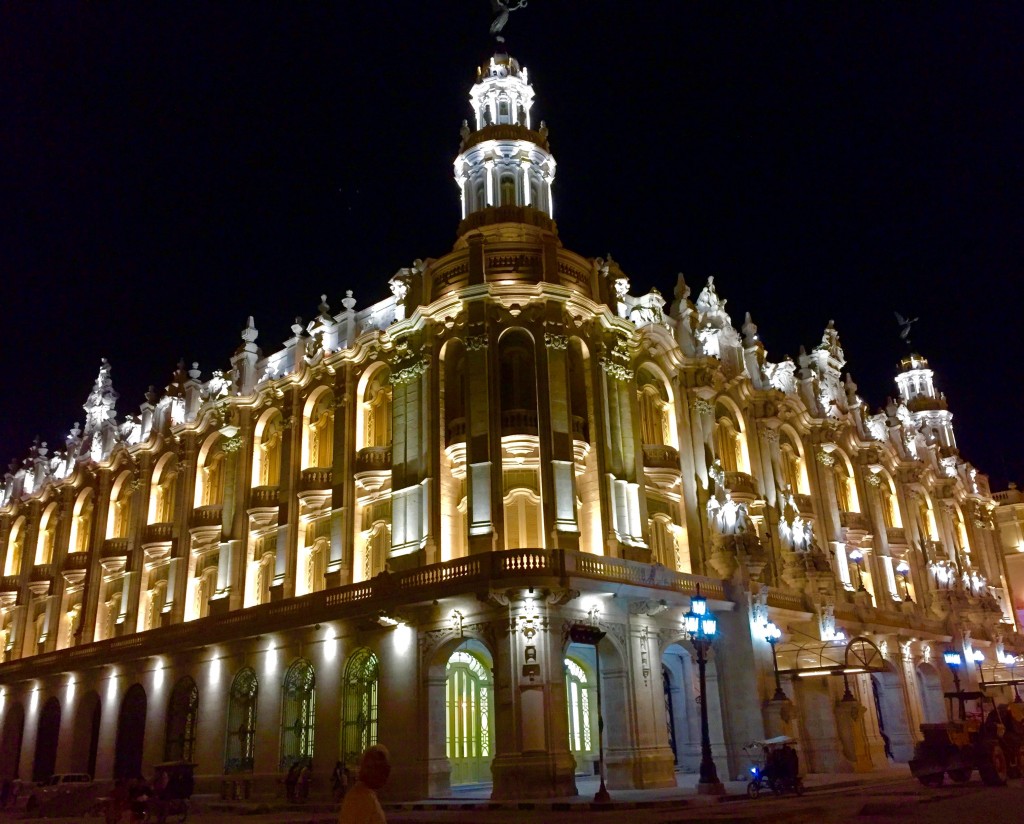 Havana, a city of 2.5 million and the nation’s capital, is a city of contrasts. One sees the beauty of old Europe, yet a high number of buildings are in a state of disrepair. Roads, infrastructure, and heavy air pollution are major issues. “We are learning that flexibility is key in Havana and Cuba,” said Kevin Rokuskie, faculty leader and Scuba advisor from Cary Academy. “It seems that many of the museums and major attractions are under renovation for various reasons.” 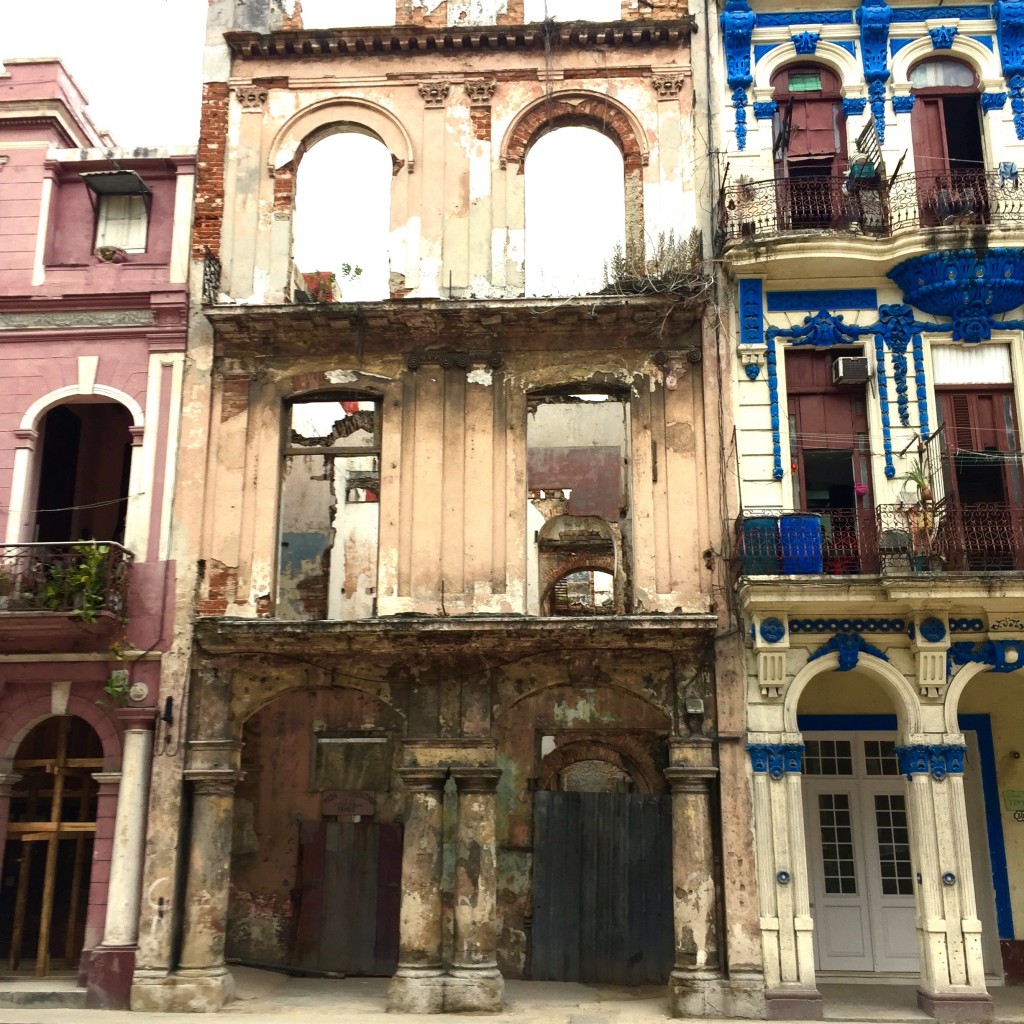 Buildings in disrepair are a common sight in Havana, courtesy NC Press Release

“Havana was a fascinating city because it was filled with all of these small subcultures inside the actual city itself, and there are a lot of experiences we got with locals,” said Fitzgerald. “Then, there are the negatives of all the people hustling and all of the pollution and things like that, that were turnoffs of the city.”

“It was so interesting to learn about the revolution and all the key players that were in it,” said 8th grader Jack Rooney, following a tour of the Revolution Museum, the former palace of Jose Batista.

“I think it’s certainly been an eye-opening educational experience. There are a lot of surprises, but a lot of things I also expected. Cuba is a beautiful country with a lot that we can learn from,” said Fitzgerald.

Not lost on the students are the 2015 visit to Cuba by Pope Francis and the upcoming visits by President Barack Obama and The Rolling Stones. Per conversations with locals on the street, Cubans seem very excited about President Obama’s visit in March and are hopeful for improved relations.

At the Miami airport, on the final leg home, Rokuskie and Butler looked at each other and laughed in unison, “Where to next year?”