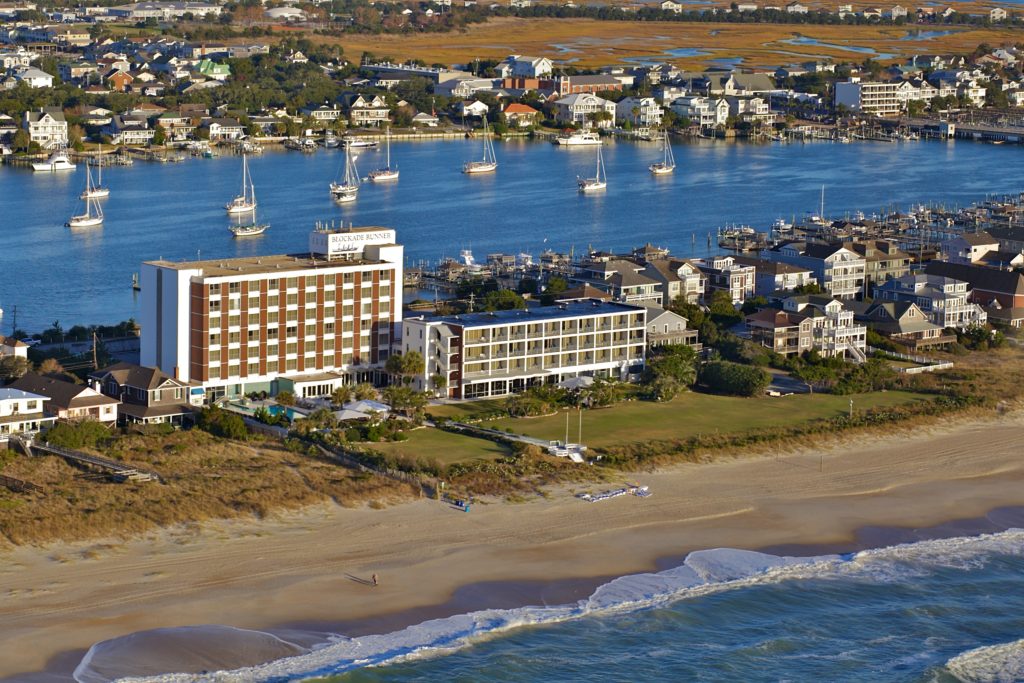 WRIGHTSVILLE BEACH, NORTH CAROLINA – Blockade Runner Beach Resort, a North Carolina landmark and icon of Wrightsville Beach for 55 years, announced today it will close for renovations due to damages sustained from Hurricane Florence.

“We made the decision following several weeks of analysis and assessments with engineers and experts,” said Mary Baggett, co-owner and operator of the resort with her brother William Baggett. “The target date for re-opening is early Spring 2019.”

Hurricane Florence made landfall at Wrightsville Beach on Sept. 14, delivering destructive winds in excess of 100 mph. Over a five-day period, slow-moving Florence poured totals of 20 to 35 inches of rain into Eastern North Carolina creating record-breaking floods, widespread property damage, and a death toll of 40 people in the state.

“We extend our deepest sympathies to the families who lost loved ones, the people rebuilding their lives and homes, and the hard-hit communities and businesses overwhelmed by Hurricane Florence,” said William Baggett. “The people of North Carolina are strong and resilient. We will recover from the storm.”

Illustrating the enormity of the downpour, the National Weather Service in Raleigh estimated that Hurricane Florence dropped over 8-trillion gallons of rain in the state, the equivalent of about 780,000 gallons of water for every person in North Carolina.

“The major cause of damage was the loss of the roof on the Balcony building and more limited roof damage on the Tower,” said Nicolas Montoya, Blockade Runner General Manager. “In the areas penetrated by heavy rain, operations shift from cleanup to restoration.”

CoreLogic, a leading provider of data to business and government, estimates $19 billion to $28.5 billion in residential and commercial property damage in the Carolinas and Virginia.

“Our family has owned and operated the Blockade Runner for a half-century,” said Mary Baggett. “Over the years, we were honored to host thousands of weddings, vacations, getaways, meetings, conventions, fundraisers, and major events. We look forward to renovating and improving the Blockade Runner and resuming operations in the early Spring.”