Durham, NC – Huntington’s disease, or HD, an inherited brain disorder that affects roughly 30,000 people in the U.S., could hold the key to finding treatments or even a cure for Alzheimer’s and other major neurological disorders that affect millions of people.

What sets HD apart from other central nervous system disorders and makes HD research critical is that everyone who carries the abnormal HD gene will get the disease.

“HD really is the paradigmatic neurodegenerative disease because a single gene leads to degeneration of certain parts of the central nervous system of the brain,” says Dr. Donald Lo, Associate Professor in the Department of Neurobiology at Duke University Medical Center.

“So most researchers and the pharmaceutical industry feel if you could cure Huntington’s disease, you would gain tremendous insight into treating many of these other neurodegenerative disorders,” such as Alzheimer’s, Parkinson’s and amyotrophic lateral sclerosis, or ALS, also known as Lou Gehrig’s disease, he says.

HD research will be the focus of the 7th Annual Huntington Study Group Clinical Research Symposium, which will be held November 7-9 at the Omni Hotel in Charlotte. 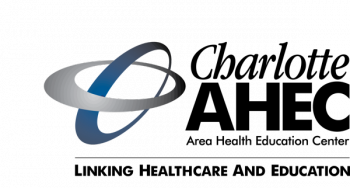 The event is jointly sponsored by Charlotte AHEC and the Huntington Study Group, an international network of clinical researchers who study and care for patients and families with Huntington’s disease.

The Symposium also will feature networking for regional doctors and health care providers; continuing education for medical professionals; and training programs for service providers, caregivers and local practitioners, including workshops focusing on the latest advances in medical and family care.

Unprecedented levels of philanthropic funding and research are focused on HD, says Lo, who directs the Duke Center for Drug Discovery.

The Huntington Study Group network of nearly 100 medical centers, along with pharmaceutical companies and academic labs, are developing molecular strategies to block the production of the HD gene or slow the progression of the disease, Lo says.

“Many of these are very exciting new drug candidates,” he says.

HD, which affects control of movement, thought and behavior, typically results in death 15 to 25 years after onset of motor signs of the disease.

In contrast to HD, which results from a single abnormal gene, the origins of Alzheimer’s and Parkinson’s are largely unknown, Lo says.

Age is the greatest risk factor for Parkinson’s and Alzheimer’s, which affects over 5 million people in the U.S., a number that is expected to grow to 20 million within 50 years, he says.

“So with the aging population, the prevalence is expected to go up tremendously,” he says.

Lo began to focus his research on HD after spinning out a biotech firm from Duke in 1999 to develop new ways of discovering new drugs and drug targets for neurological disorders while also trying to break some of the “logjams” in the pharmaceutical industry slowing research into major diseases.

“We worked on HD because of the absolutely clear genetics of the disease,” he says. “If you carry the disease form of the gene, you will absolutely get the disease during your life.   The other major neurological disorders have genes that are risk factors but only a small fraction of those genes lead directly to the disorder…”

HD research now is getting a total of over $100 million a year from three philanthropic funders, including CHDI Foundation, Hereditary Disease Foundation, and Huntington’s Disease Society of America, plus about $55 million from the National Institutes of Health.

That philanthropic investment, representing over 10 times what HD research had received in the past, has driven unprecedented levels of collaboration among academic labs, biotech firms and pharmaceutical companies, Lo says.

“There is growing commitment in the pharmaceutical industry towards Huntington’s disease,” he says.

Philanthropic investment has stimulated interest from industry, which has in past years been more committed to more prevalent diseases because of their perceived market size, Lo says.

In addition to serving as the annual get-together for the HD research and patient communities, providing an opportunity to discuss and evaluate new and existing strategies for treating HD, the Symposium also focuses on advances in local social and medical care that are critical to caregivers who treat HD patients and families.

“It puts a real spotlight on a disease that affects many people in the state of North Carolina, a state that has not had a strong statewide infrastructure for taking care of HD patients and patient families,” Lo says.

But that is changing, thanks to HD Reach, a North Carolina-based nonprofit that is pioneering efforts to make sure patients and families throughout the state have access to HD care and resources.

“Historically, HD patients have been best taken care of in major urban areas where there are major medical centers that have specialized clinics for HD,” says Lo, who serves as vice president of HD Reach. “In more rural states like North Carolina, the urban model doesn’t work because much of the population doesn’t live in urban areas.”

The goal at HD Reach, he says, is to “create a different kind of care network for HD patients and families.”

While advances in medical research and technologies will be a big focus of the Symposium, it also will look at issues of local social and medical care that affect the caregivers who treat HD patients and families.

The work of HD Reach and similar efforts in other states to find ways “to bring quality care to patients in non-urban areas,” Lo says, is a major concern for the Huntington Study Group.