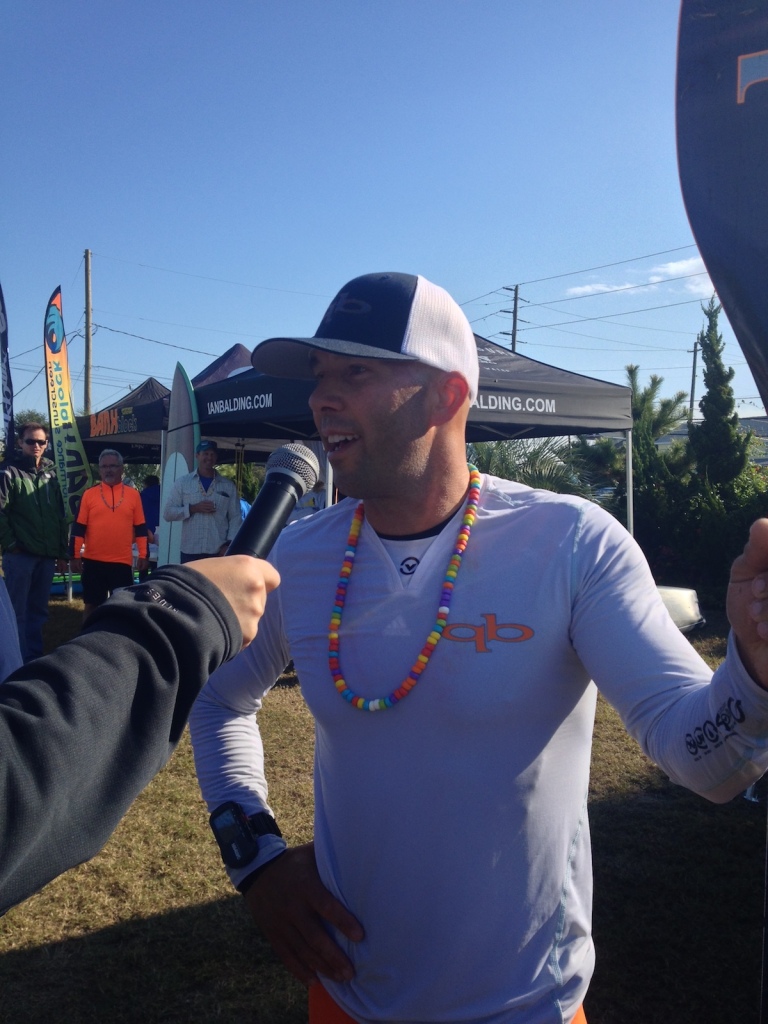 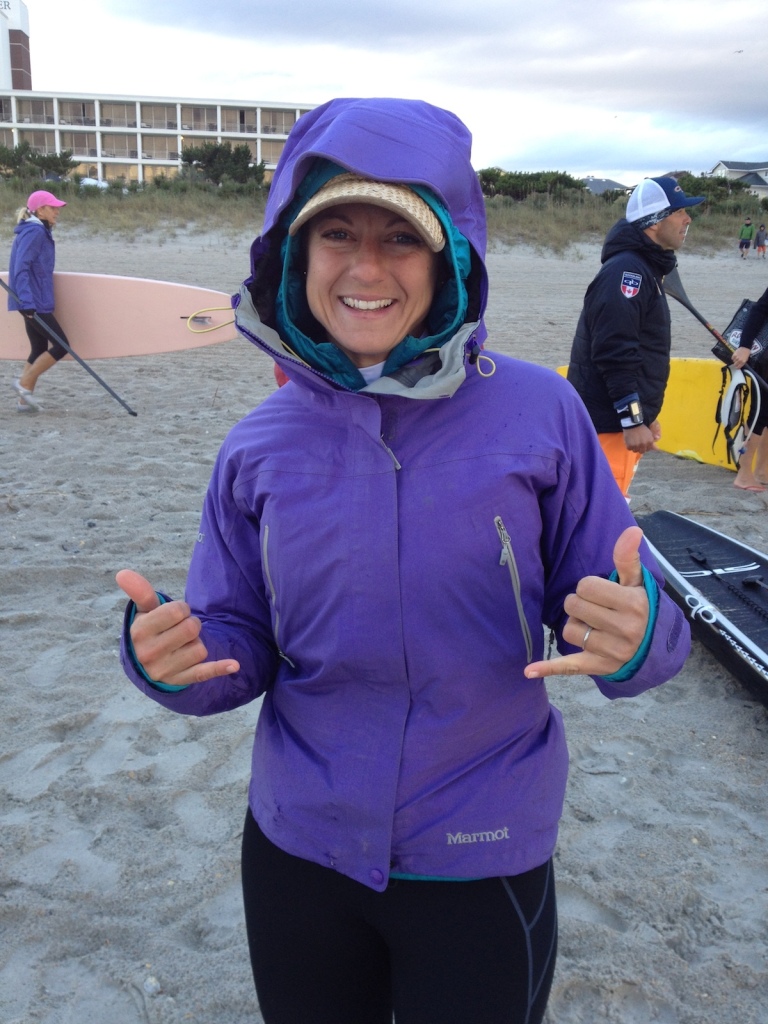 “Surf to Sound conditions were probably the most difficult in the entire history of the race,” according to John Beausang of Distressed Mullet. “We had very hard northeast winds, with a storm system moving in from the south. Not only did the winds increase – the temperature dropped. Navigating the inlet was very challenging, and the final leg to the finish line was very tough paddling into heavy winds.” 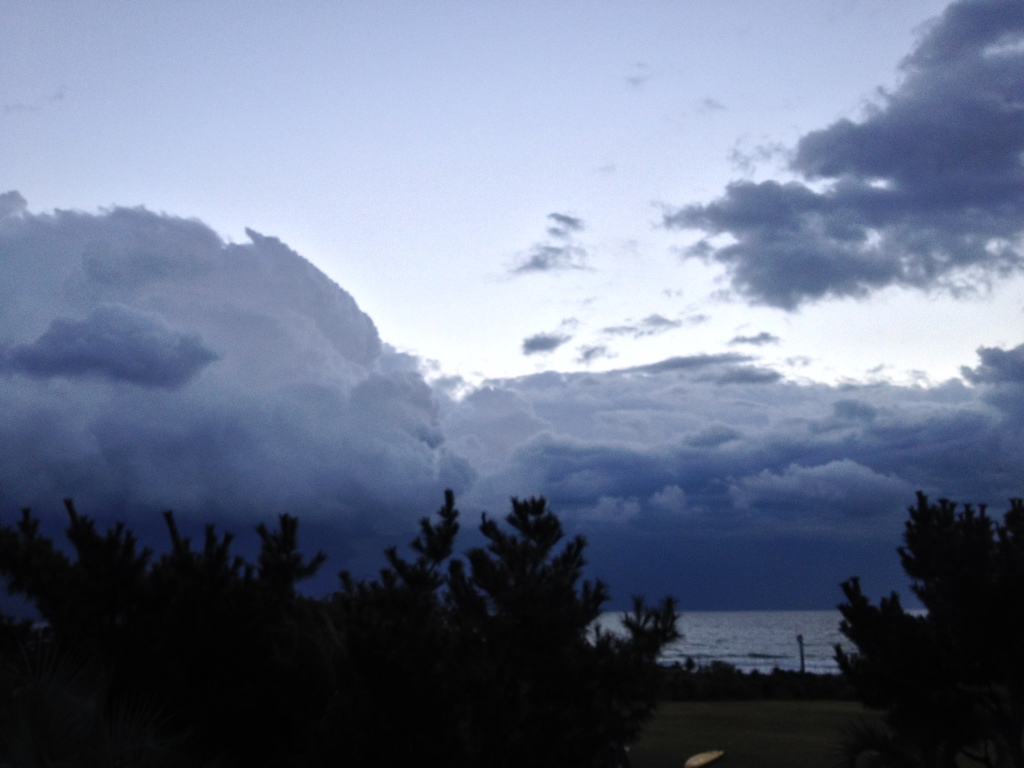 Tommy Buday and three-time Surf to Sound winner Larry Cain, both of Ontario, Canada, battled the entire distance for the coveted elite men’s division championship, changing the lead three times. Buday beached his board and ran to the finish line less than one-second ahead of Cain. Buday and Cain will face-off again tomorrow, Sunday October 2, in the 9-mile, advanced long-distance, Blockade Runner Flatwater Championship. 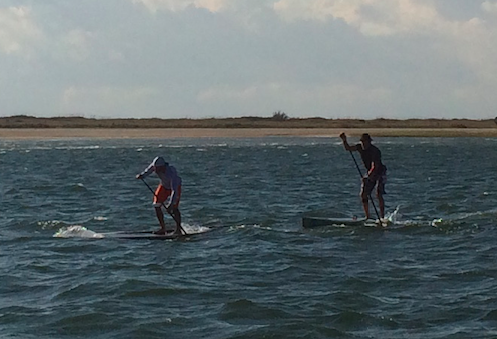 Cain, an Olympic Gold Medalist and inductee into Canada’s Sports Hall of Fame, is working with Canada’s high-performance paddle team leading up to the 2016 Olympics in Rio. 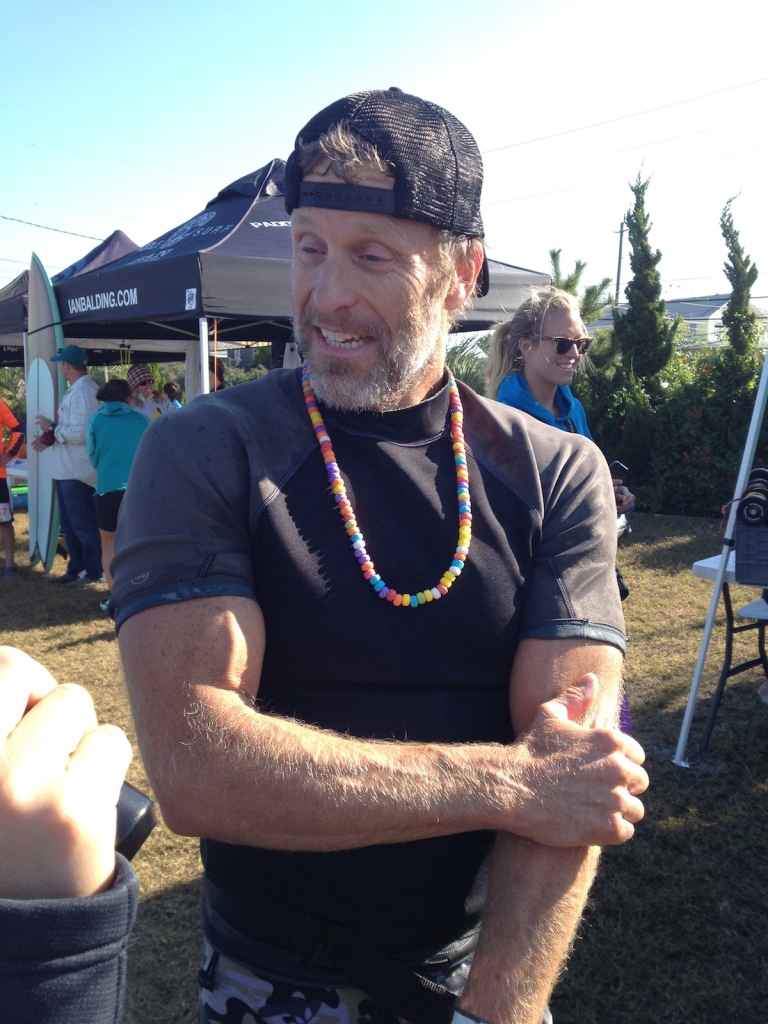 The Fourth Annual North Carolina Surf to Sound Challenge, a Series Event sanctioned by the World Paddle Association, is presented by Wrightsville Beach Paddle Club, organizers of the Carolina Cup.